Pre-employment aptitude testing stress: how to handle it the best way

Home Articles Pre-employment aptitude testing stress: how to handle it the best way

Many jobseekers consider pre-employment aptitude testing to be extremely stressful. If you are anxious about the aptitude test exam and worry about what will happen if you do not pass it, this can certainly have a negative impact on your result. In order to get rid of such stress, there is an effective proactive strategy with which you can prepare yourself before taking any pre-employment psychometric test.

Pre-employment aptitude testing stress – what is it?

The stress before an exam or aptitude tests was once considered one-dimensional. However, there is now evidence that pre-exam or pre-tests stress is multidimensional. It can be divided into four aspects: anxiety, emotionality, intrusion of distracting thoughts and insecurity. In the past, psychological research on overcoming pre-test anxiety has focused on the exam situation itself. However, in later studies, not only the situations possible on the exam / test are considered, but also the learning stage, as well as the preparation and practice stage, since they are no less important in overcoming pre-test stress. 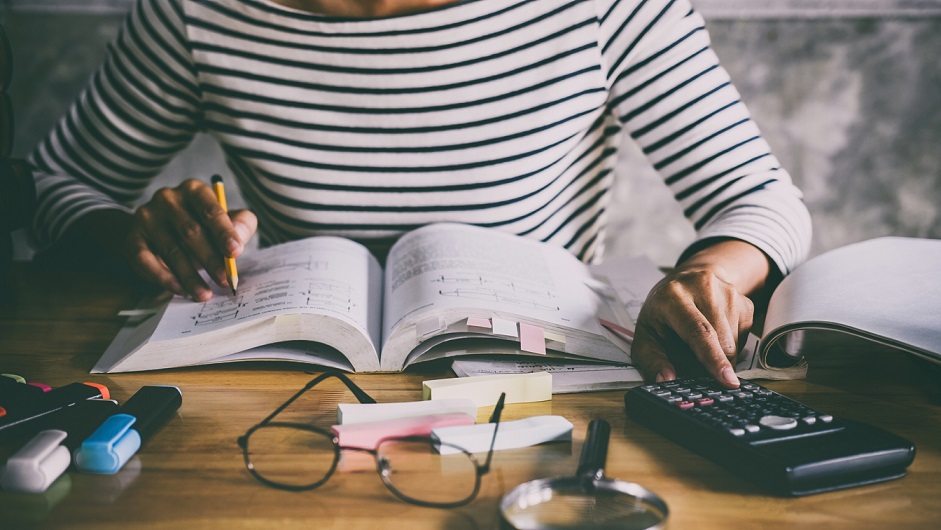 Researcher M. Stouber in 2004 described pre-test stress as a situation in which test takers tend to react with increased anxiety about passing the exam / test and its result. The two originally identified elements of pre-test anxiety included a cognitive component (anxiety) and an affective component (emotionality). Anxiety in this context includes general appraisal concerns and fears of failure and the consequences of failure. Emotionality in this context refers to the perception of uncontrollable body responses that are experienced while awaiting an exam or test (heart palpitations, sweating, difficulty with mental concentration). The concept of the “interference dimension” of pre-test anxiety was introduced by psychologist Sarason in 1984. Interference is the emergence of thoughts that interfere and harm our concentration (distraction) during an exam or tests.

How to handle the aptitude test stress?

The main thing of pre-test stress that we need to know is how to handle this anxiety and uncertainty. Several studies have looked at ways to eliminate or reduce the impact of the underlying cause of stress and anxiety. The goal is to control and eliminate negative emotions and to strengthen and promote adaptive, positive thoughts and emotions, thereby stimulating to take aptitude tests successfully. Research in this area has shown that proactive coping methods, such as preparing and practicing mock psychometric tests, are significantly associated with anxiety levels and, ultimately, with exam results. That is, practicing mock tests in advance has been proven to reduce pre-test stress and improve the results of the final exam or aptitude testing.

A recent study by A. Stowber looked at how these four dimensions (anxiety, emotionality, thought disturbance and lack of confidence) relate to how test takers deal with anxiety and uncertainty before an exam or aptitude testing. The study found that focusing on test questions and prior practice of aptitude tests considerably reduced anxiety levels. That is, some stress before taking a real exam / aptitude testing serves as a positive incentive for the test taker in preparation for it. In addition, they found a significant negative association between preparation avoidance and pre-test stress. Overcoming anxiety with sedatives or other distractions rather than preparing like practicing aptitude tests is a maladjustment technique characterized by attempts to ignore and avoid thinking and preparation. The researchers concluded that successfully passing an exam or aptitude testing requires proactive, positive behavior, such as preparing and practicing as many sample psychometric test questions as possible.

The conclusion is: there is no magic pill. If you want to do well on an exam or pre-employment aptitude testing, you need to prepare responsibly. Practice will give you knowledge, peace and confidence. There are no other options. So, if you have your exam or aptitude tests soon, start practicing without wasting time.

Read more about aptitude test practice tips in our articles:

Personality questionnaires: what is it and what is their difficulty

How to prepare for your aptitude test in a couple of days: 5 important tips

8 smart steps to prepare for your pre-employment aptitude tests