Diagrammatic reasoning tests have a strict time limit, usually 90 seconds for 1 question. And the difficulty of the questions usually increases from the beginning to the end of the test.

This type of diagrammatic reasoning tests includes a series of charts that contain combinations of letters or numbers that can be modified using various rules or commands. These commands are represented by numbers. Each number represents one rule, and these numbers can appear more than once in the diagram. Your task is to follow the paths indicated by the arrows and determine the influence of each command on the letter combinations.

Your task is to understand the rules dictated by the operators and apply them to new situations. See examples below. 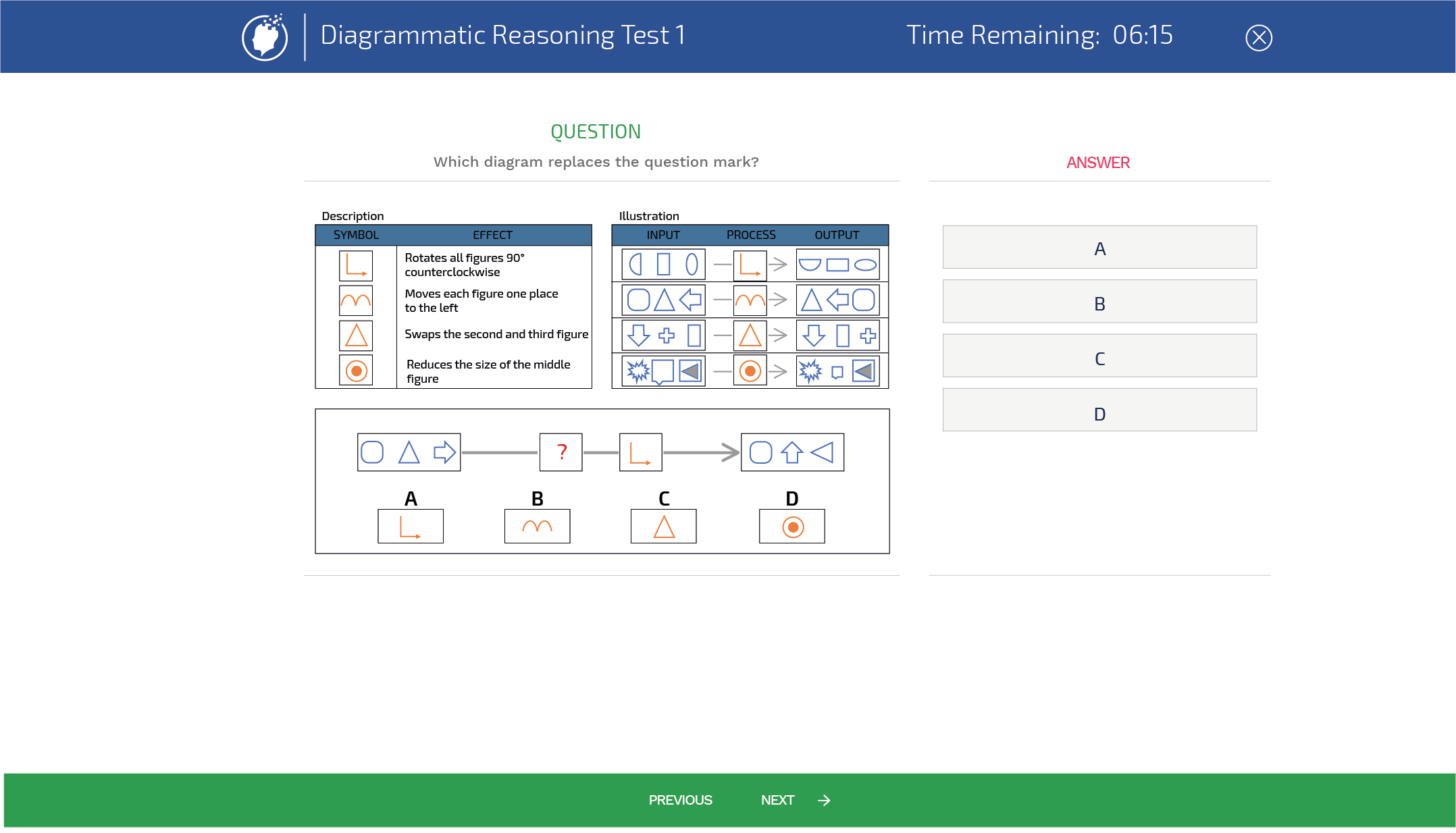 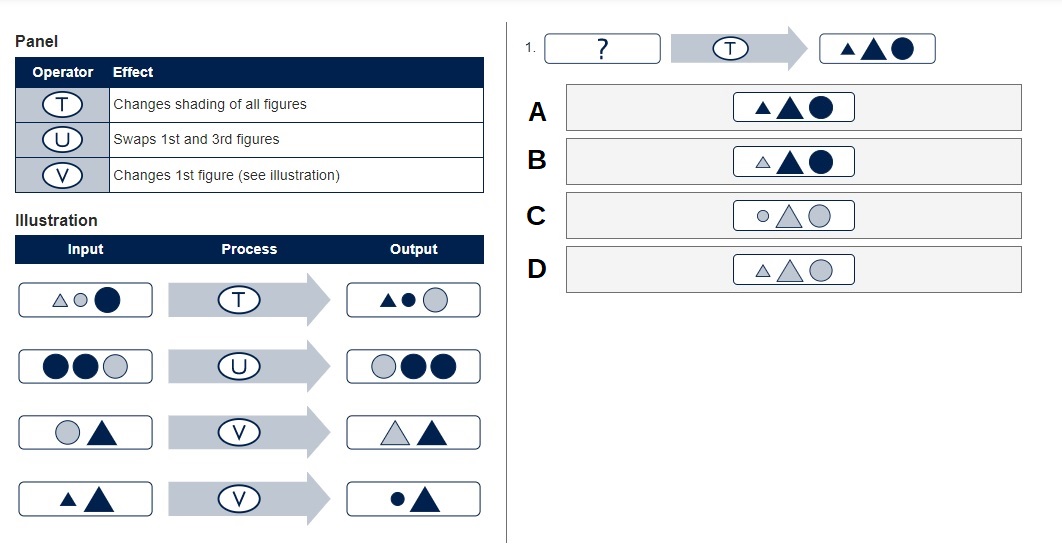 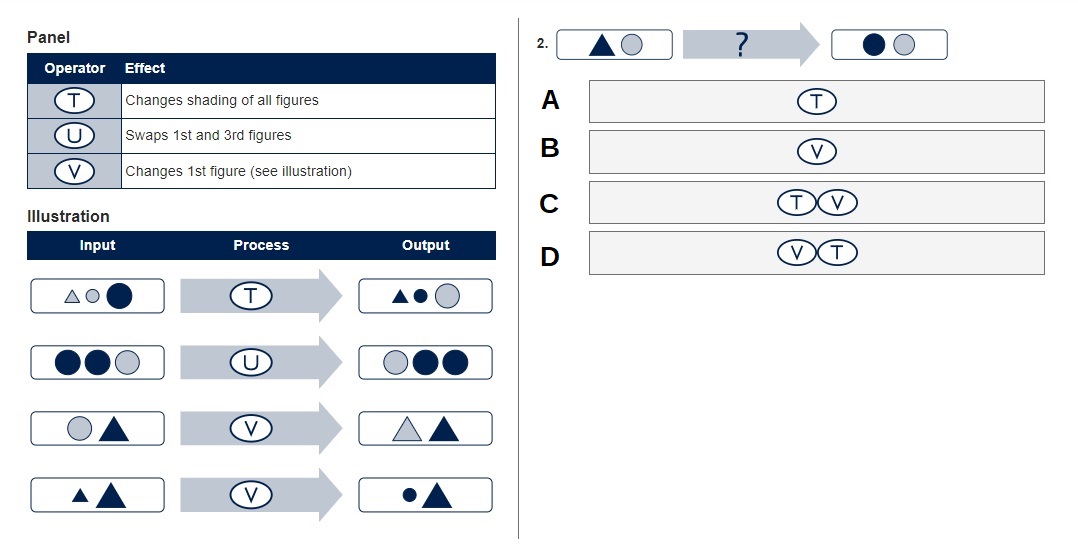 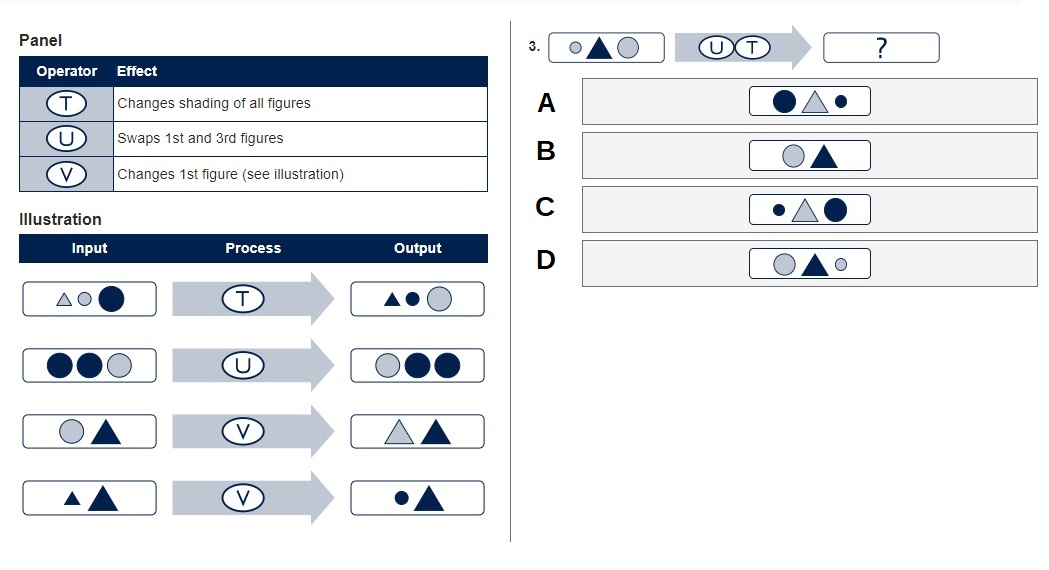 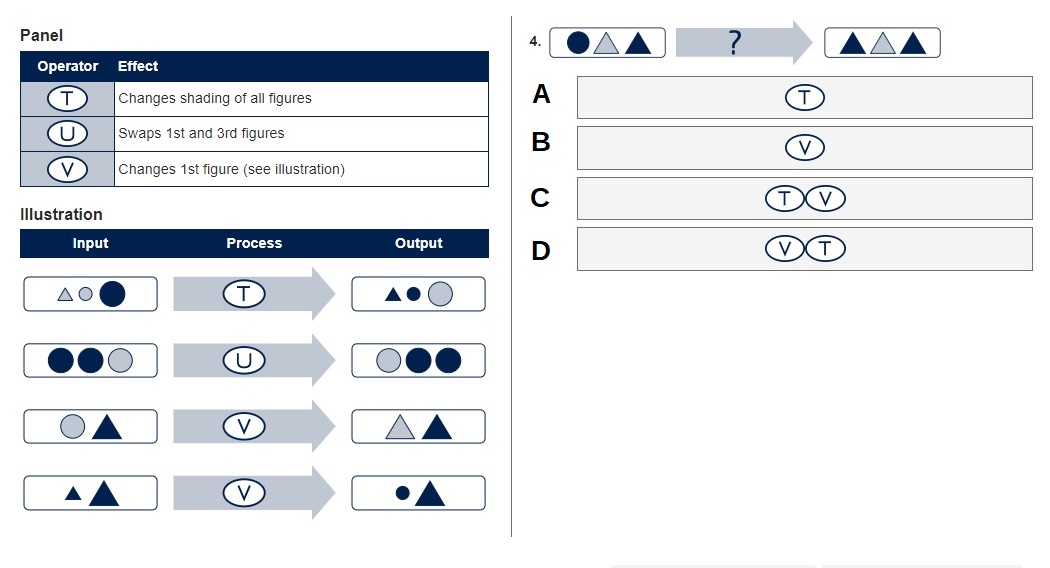 See below for correct answers and explanations. Before looking at the answers, try to solve each example question by yourself to assess your current level of logic. You have 90 seconds to do this.

Example 1. The correct answer is А.

Example 2. The correct answer is C.

As we can see, in the result frame the second and the third shapes are swaped. This is done by the operator in the form of a triangle – C.

Example 3. The correct answer is – D.

As we can see, all the shapes changed their color as a result. This is the action of operator T. The same figures in a different color are shown in answer option D.

Example 4. The correct answer is В.

As we can see, the first figure has changed as a result. This is the action of the V operator.

Example 5. The correct answer is А.

The U operator swaps the first and third shapes, and the T operator changes the color of all shapes. As a result of their action on the original shapes, the result should be A.

Example 6. The correct answer is B.

As we can see, the first figure has changed as a result. This is the action of the V operator.

At Aptitude-Tests-Practice you will find over 300 practice abstract reasoning and diagrammatic reasoning tests questions. If you are about to take pre-employment aptitude tests soon, we recommend that you practice as many test examples as possible. Start practicing today to ensure your high scores on the real testing.

Read about other skills and competencies assessed with situational judgement tests and aptitude tests: