In 2010, a young freelancer Alec Braunstein decided to get a job. And not just anywhere, but in one of the five largest advertising agencies in the United States. Braunstein had no connections, no name. But he had some common sense and ingenuity. Alec rightly decided that it was futile to rely on traditional employment methods. Hundreds of candidates apply for this job with him, many of them were smarter and more capable than him. If he gets involved in an open battle, then the chances of getting a job he wanted were negligible.

This is how Braunstein did it. After finding out the names of the CEOs of the agencies, he launched contextual advertising on Google. The campaign was set up in such a way that the search engine displayed Alec’s ad the first, when someone searched for the one of five names of the CEOs. It looked like this: “Hello, (name). Googling yourself is a lot of fun. Hiring me is also fun. ” The link led to a personal website with Alec’s portfolio and contacts. Within a couple of weeks, he received job offers from four out of five agencies. As a result, the guy got a job at Young and Rubicam (Y&R) in New York, where he still works. 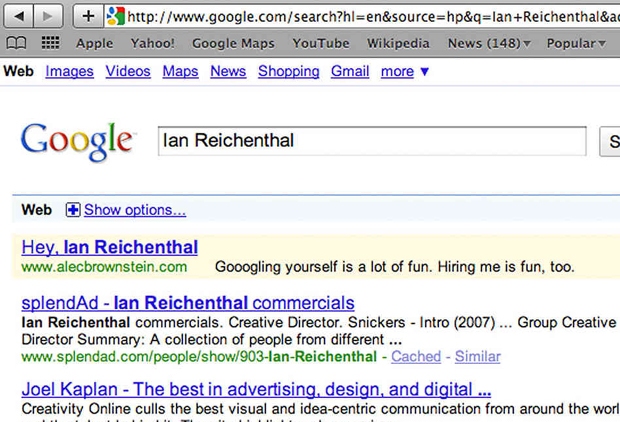 Alec’s idea was ingeniously simple. Media people constantly monitor information about themselves online. And they were sure to click an ad that was addressed personally to each of them! As for the price of the campaign, the entire campaign cost Alec six bucks.

You don’t need a resume

The Braunstein case is a textbook example of guerilla job hunting. This employment method emerged at the intersection of two technologies: guerilla marketing and headhunting. From the first he borrowed low-budget and creativity, from the second – an aggressive manner. It is based on a simple principle: if you want to get a better job than others, act better than others. “Better” in this case means differently. Not like everyone else. In other words, if the majority of job seekers are on the defensive, passively awaiting their fate, guerilla job hunters actively attack. While the enemy sleeps peacefully in his tent, they silently penetrate to him and cut off his head! 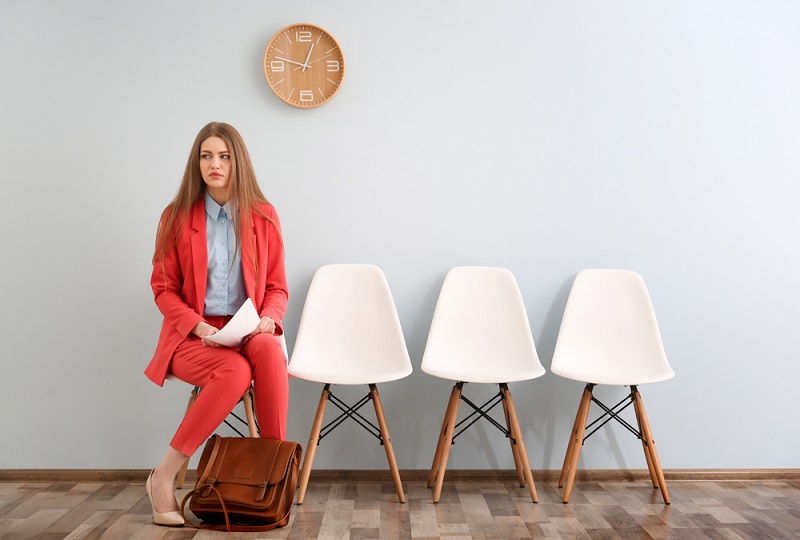 The main goal of a job hunter is to sell himself as a professional to his potential boss by any means. Actually, the methodology of the job hunter and the sales person is the same. Both try to reach the decision maker as quickly as possible, without getting into the filters that are placed on the way to him. This is one of the main differences between guerilla job hunting and the standard job search.

What do ordinary job seekers do? After posting their resume on job search engines sites, they wait for the HR’s response and only after they receive it, they go for an interview (again with HR). Bottom line: employment turns into a loss of time. A candidate significantly reduces their chances of success when they include a recruiter/HR agent in the job search process. In the chain “applicant-HR-employer”, the first link is always the weakest.

1) Resumes are selected on the basis of formal (often meaningless) criteria. Even if you are the most suitable candidate, there is no guarantee that you will be invited for an interview. A great CV can be thrown away simply because you are six months older than the recruiter’s long list.

2) As a rule, HRs do not have sufficient competencies to assess your skills. This problem is especially acute when interviews are conducted by very young personnel officers (the so-called girls after college) with little or no experience, but with great conceit.

3) Even if you were invited for an interview, and the HR turned out to be a professional, he or she still remains a human being. And human beings, as you know, are usually weak. A recruiter can suddenly get in a bad mood, and your red tie, which he doesn’t like, will cost you the job. Do not discount banal negligence. Among many others, your resume can easily get lost

I’ll make a stetement right away: I have nothing against the HR service. They do their job. But my personal experience of a job seeker has repeatedly proved that HRs are an extra link. Of course, you should not completely refuse to send resumes, but expecting a great return from them is stupid.

Opening the hunt for employers

So, you’ve decided to join the ranks of job hunters. You’ve already found a delicious workplace and want to get it as soon as possible. What do you need for this? Nothing supernatural. Developed communication skills, quick wit and tenacity. 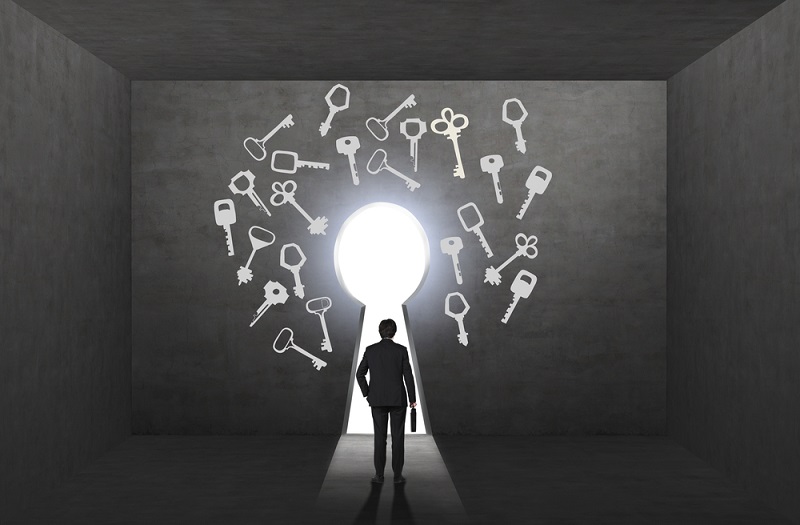 Your task: find who your immediate boss is, get to him or her at any cost and convince him or her that you need to be hired.

Setting: the enemy is well guarded by secretaries, administrators and other gatekeepers.

Legend: you are a seller, you have a great product (yourself) that needs to be sold as quickly as possible at the best price for you.

Getting to a decision-maker is simple if you have enough wish and intellect for this. There are many ways to get to the “body of the president” directly. For example, an ordinary paper letter can produce a real wow effect (Dan Kennedy is a great master in this matter) and become your pass to the manager. The text of the letter should provide a clear and convincing answer to a single question. Why should they hire you for this position? The only difficulty is to make sure that the parcel or letter should be opened by your addressee, and not his/her secretary. Cheat code: sign an envelope in a foreign language and stick foreign stamps.

In Western countries like the UK and US, applicants show great imagination, just to get through to the right person. They slip a resume into a pizza box and send it to a potential chef. Leave contacts on golf balls (many tops of Western companies adore it). They buy subscriptions to fitness clubs, where they can make useful contacts. Wait for managers in parking lots and so on. But managers in Asia and Eastern Europe usually are not particularly fond of such extreme ways. And creativity is hardly appropriate if you are applying for a job of a factory director. So, it is safer to use tried and tested methods. For example, a telephone.

A phone call is a simple and effective way to make an appointment with a potential boss. Naturally, the larger the company, the more difficult it is to get through to him. If you worked in active sales, you can easily handle it. If not, you will have to upgrade the cold calling skill. Relevant literature to help you. For example, Steven Schiffman’s book, google him to find more.

Find out the name of the manager you need. Try to find as much information as possible about him or her. Habits, friends, hobbies. There is a lot you can dig up on social media. Sometimes even mobile number.

Prepare answers to likely questions. The main one is what you can offer the company.

Greet, ask to connect with your prospective manager. No need to say that you are about getting a job! In this case, the secretary will immediately switch to the HR department. The surest way to slip past a secretary is to pretend to be someone already from the company. Call and after “XXX Corporations, how may I help you?,” say: “BIG BOSS NAME hasn’t run away yet? How far is he there?” No introduction, no explanation of who you are or where. It is very important to sound natural, as if you really know this bog boss. It works great. If the secretary asks what question, answer with the prepared phrase: “Tell him, this is YOUR NAME.”

Ok, you got through. Half the battle is over. Don’t try to sell yourself over the phone. Sell ​​the idea to meet. You have about a minute to convince the decision maker that he needs to arrange a tete-a-tete for you. Intrigue him. How exactly? Show your imagination, you are a guerilla! Crammed into a meeting, use your high point (or whatever you have) to the maximum. Convince the manager that such a pro as you should never be lost. 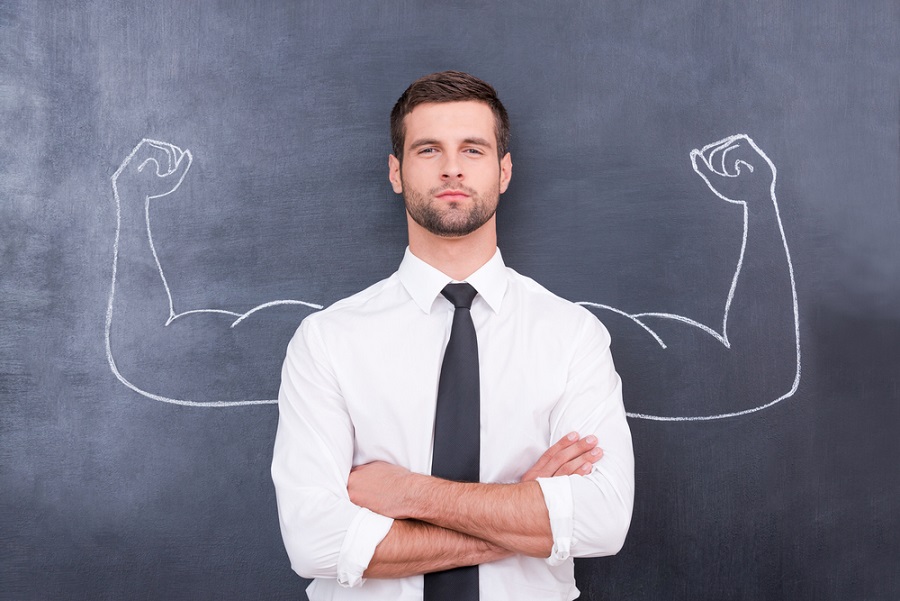 There is only one recommendation – speak the language of your client’s benefits, that is, your manager. Nothing new, all the same sales techniques. Even if at the moment there are no suitable vacancies in the company, but you had a competent conversation, they will remember you as soon as a specialist in your profile is needed. If you made a very strong impression, it is quite possible that you will be hired immediately.

Arrange guerrilla attacks, act outside the box and the job of your dream is in your hands!

The last notice: you still need to prepare for aptitude and personality tests. Even if your prospective manager likes you, you still need to prove your abilities. So, if you can impress your future boss once more getting the highest score on your aptitude tests, you will be sure to land the job! Best luck!

Read about other effective jobhunting tactics in our articles: