Promotion to a management position is usually always a cause for joy. But often a new manager does not know how to behave correctly with colleagues already in the role of a boss, how to make comments or point out mistakes. Experienced leaders also face these challenges. In this article, we discuss rules of positive and constructive feedback and tests to assess this competency.

Some managers scold their subordinates without understanding the reasons. In addition, they express their dissatisfaction in the presence of other people. Both these situations demonstrate a very dangerous approach that only causes negative feedback from employees and negatively affects the job itself.

Another case is a manager who never criticizes staff. He/she is either afraid of ruining relations with colleagues or is not sure of his/her knowledge and authority. Perhaps he has insufficiently developed managerial skills, it is easier for him to do the work himself than to explain and control. This approach will not lead to anything good either:

Employers try to find candidates that have good interpersonal skills and know how to share feedback positively and effectively. HR agents and companies use situational judgement tests and personality questionnaires to assess such soft skills of candidates.

Mistake # 1: criticism for something that the employee could not influence. For example, the manager gave the task to carry out an urgent supply of materials, the employee did everything that depended on him, but due to the sudden change of weather conditions, the supplier did not have time to meet the deadline. It was impossible to predict this. The subordinate did his best but still received a reprimand from the management.

Mistake # 2: public criticism. For example, an employee submitted a report with errors, and at the team meeting, the manager began to criticize his work in front of other team members.

Mistake number 3: personality criticism. For example, an employee made a mistake, for which the manager began to talk about his mental abilities, criticize his knowledge and skills, and possibly go over to personal insults. 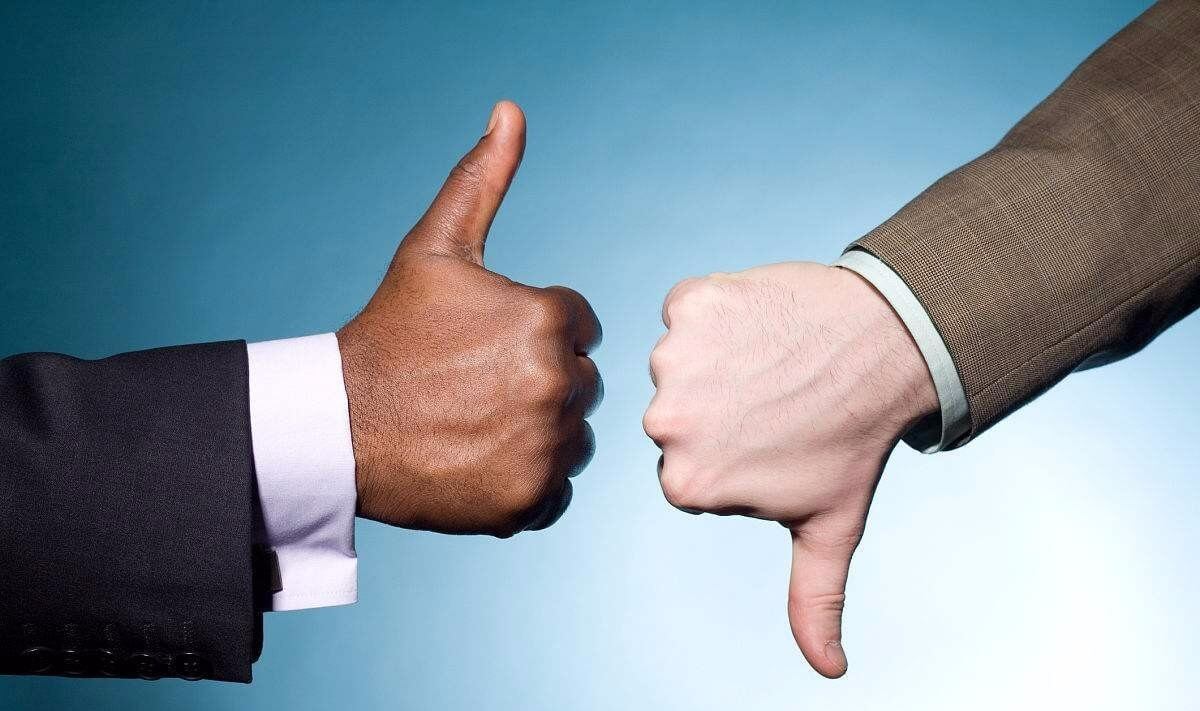 First rule: praise publicly, criticize one-on-one. If your subordinate made a mistake, talk to him privately and sort out the situation, find out the reasons and help find a solution.

Second rule: criticize an act or action, but not a person. You can say that a person made a mistake, which led to negative consequences, but never get personal, do not discuss personal qualities and do not insult. Analyze the situation and look for a way out.

Third rule: the “sandwich” or “plus-minus-plus” rule. If you plan to talk about a mistake made by a subordinate, then praise him at the beginning, then express criticism and in the end say something pleasant. For example, an employee wrote a report incorrectly. Tell him that it is great, that he submitted the report on time, then explain what is wrong with the document, and at the end add that you believe that he will take these mistakes into account and avoid them in the future.

Fourth rule: let the employee draw his own conclusions from the error. It is important in this situation to be in the role of a coach. Ask the subordinate: what he thinks, why this situation has developed, what actions need to be taken in the future to avoid this. If a person independently analyzes his omissions and draws up a new strategy, then most likely he will no longer make such mistakes in the future, since these are his conclusions and ideas.

Fifth rule: before criticizing an employee, think about what your oversight as a manager was. Yes, this is the most unpleasant moment. But if an employee makes a mistake, it may also be your fault. For example, if an accountant is entrusted with the development of a design project, then there is a high probability that the result will be unsatisfactory. This, of course, is an exaggeration, but any situation is worth analyzing.

Summing up the results. If you noticed an error in the work of a subordinate, you are to:

This is the ideal scheme to grow your employees and also avoid mistakes on their part in the future. 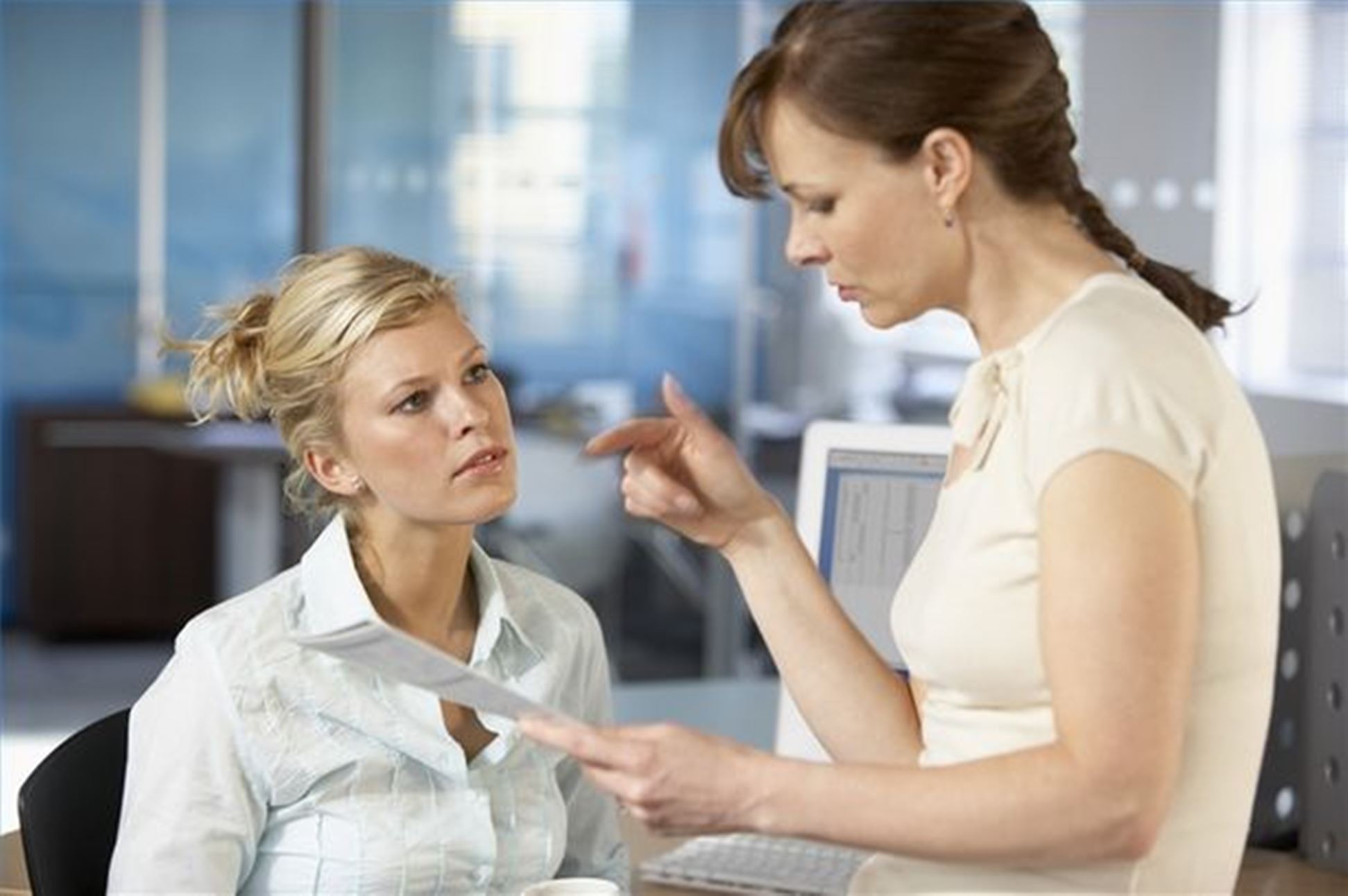 Employers widely use situational judgement tests to access feedback competence of candidates for managerial positions. These tests are an important part for any competence aptitude testing for managers since constructive criticism is a vital competence for a manager.

Below you can find 2 examples of situational judgement tests to assess your ability to criticize subordinates correctly. 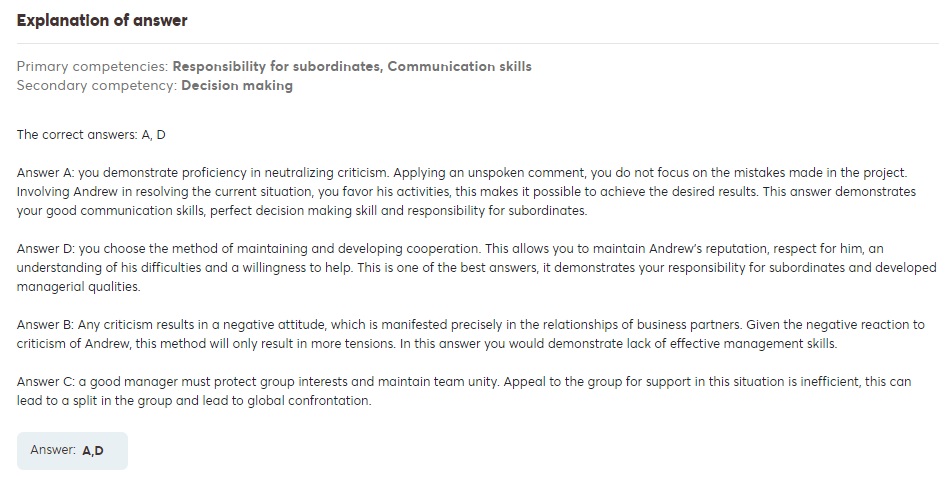 Always remember that constructive criticism/feedback is the key to team development and an indicator of a leader’s high professionalism. Don’t be afraid to criticize, just do it right. At Aptitude-Tests-Practice you can find over 300 situational judgement tests for managers, sales and support staff and administrative staff. Guarantee your success – practice aptitude tests in advance!

Read about other skills and competencies assessed with situational judgement tests and aptitude tests: