Why laymen are more confident than pros, and what to do about it

Home Articles Why laymen are more confident than pros, and what to do about it

HR agents all over the world strive to find the best candidates for their companies. They need to check numerous resumes and make dozens of interviews to pick the pros. And what many HR agents say is that very often laymen are more confident than real professionals. And sometimes it is a hard task for HR agents and employers to tell them apart. A pro can be shy, and a nonexpert can seem to be the most confident and proper candidate for a job. But the cost of a mistake for the employer can be too high, especially if they hire a senior manager. If this article we will compare laymen and pros and the Dunning-Kruger effect.

A professional is not always ready for publicity

Steve called me late in the evening and, stammering, confusedly began to explain why tomorrow morning he would not be able to star in a TV story. He said that he was extremely sorry, but he was not ready for filming, and in general, not ready for publicity.

Steven has been in finance for 19 years and proved to be one of the best in his field. But he has always been kind of shy. We worked for several months to create his personal brand. Created a concept and strategy for his promotion. We prepared and conducted a series of successful negotiations with partners and management. We changed his personal image, removed the informal notes that interfered with the image of an expert. Trained public speaking skills. Steve opened a blog, wrote there regularly, participated in various thematic chats and groups.

And now the crown of our work is an interview for a federal TV show. It took me a lot of work to persuade a friend of the editor to interview Steve, who worked as the head of a department in a large financial structure. And the TV show was just making a story about new financial trends in connection with the pandemic in 2020-2021.

Why did Steven want to refuse?

I suggested that I do a Skype session right now, at night, and sort out his limiting beliefs. At the end of the session, we decided that at 8 am Steve had to make the final decision and inform me.

Working with people’s requests to create a personal brand, I found the following. Most applicants for personal branding are amateurs and even laymen who believe in their own peculiarity, demand and professionalism. But real, serious professionals somehow do not rush to their own branding. 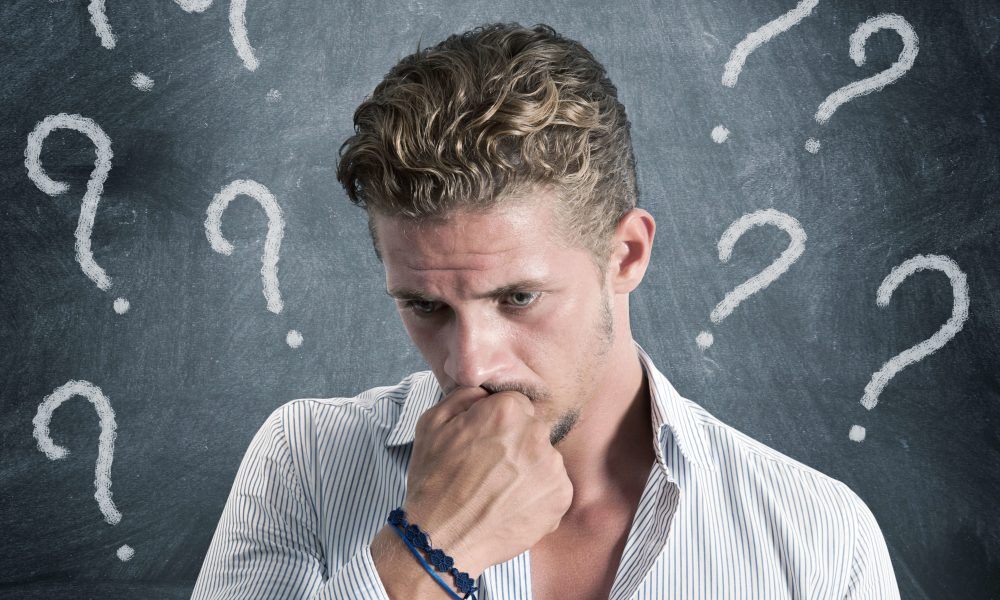 Why is this happening?

This is a clear illustration of the Dunning-Kruger effect. In short: an ignoramus is sure that he is a super professional, and a high-class professional believes that he is not good enough to declare himself as a super expert. The less a person understands the topic, the less he/she has objectivity in assessing his/her competence. But the better you understand, the less self-confidence you have as a specialist.

Building a personal brand means being public and claiming to be the best, special, meaningful to others. This means that you need to be convinced that this is true. And if a dilettante easily shows his confidence, proving that he is the best, then a professional will carefully weigh his achievements and will compare himself with recognized masters in his field.

So, it turns out that not the worthiest people actively promote the values. Against the background of the Dunning-Kruger effect, the imposter syndrome can also appear in the pros. This is exactly what happened to Steven. On the eve of an important event for himself, he came to the conclusion that his achievements were an accident, a happy coincidence. He is undeservedly at the top of the company. And some of his colleagues are more worthy and competent. This means that his further promotion will be wrong and dishonest.

Once, I analyzed the situation when a young sales manager Adam was appointed the department head. And within a month from a nice and friendly boy he turned into a directive boss. He decided that he deserved the promotion by his charisma and his outstanding organizational and analytical skills. Adam began teaching more experienced and successful former colleagues how to work. He reacted to objections and comments with hysterics since he saw a catch and envy in this. As a result, there was a conflict and the dismissal of the failed leader.

Why did it happen? His appointment was accidental. A kind of advance. This position was offered to other worthy professionals, but they refused for various reasons, about which Adam was delicately not informed, sparing his pride.

Confidence is the result of either ignorance or colossal work on oneself. As Bertrand Russell wrote: “One of the most frustrating characteristics of our time is that those individuals who are confident are fools, and those individuals who have understanding and imagination are constantly doubting and indecisive.”

A layman is not ready to perceive himself in comparison with other good professionals. He unconsciously avoids situations of competition. High self-esteem is a consequence of quick, easy or accidental success, a successful result with a minimum of effort. 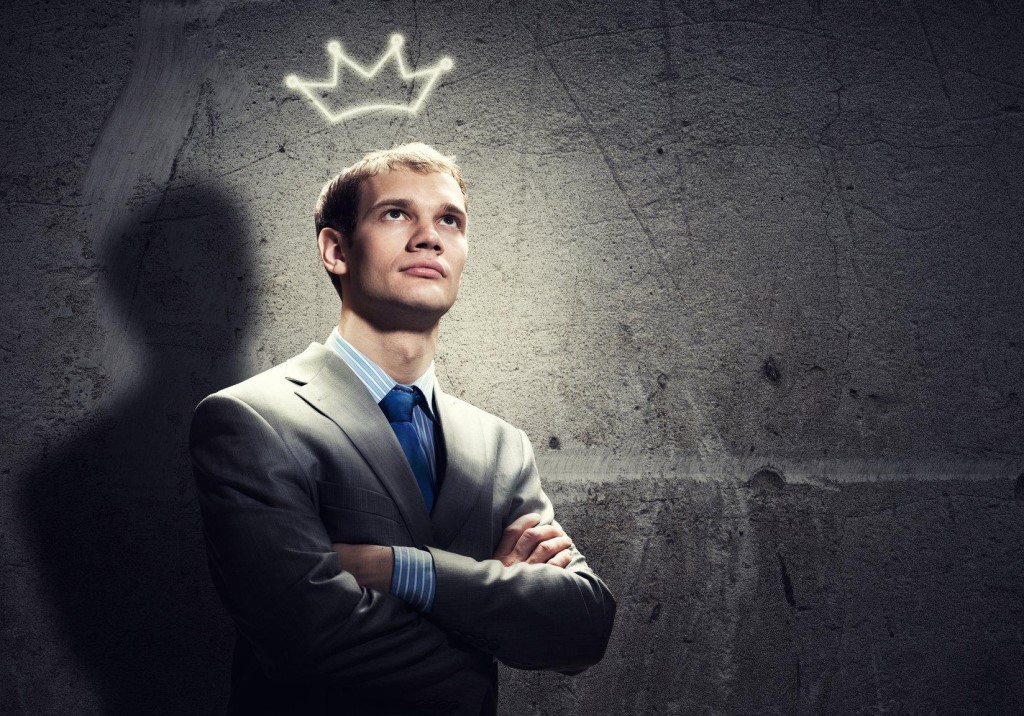 By the way, there are differences between the pro and the layman. A pro, as a rule, admits his incompetence. But a dilettante to the last will prove to others, and to himself, that he is not a layman, but a pro.

A dilettante manager gets rid of and fears subordinates who are smarter, more professional than him. And this can become a serious problem for an employer.

Ways to distinguish pros and laymen

Luckily for employers there now exist cheap and easy ways to tell apart pros and nonexperts. These are situational judgement tests, personality questionnaires and imitational exercises.

Situational judgement tests are especially good for this purpose. Each situational judgement test represents a situation which can happen in your job and 4-5 answer options of your actions in this situation. The situations can depict communication with team or managers, clients, partners, friends or senior management. It is quite often that they include some kind of conflict. Your task is to choose the answer that is the most effective in this situation, or rank the answers from worst to best or vice versa. Currently 97% of large employers use situational judgement tests for primary screening of candidates’ competencies like effective communication, leadership, focus on result, client orientation, etc. 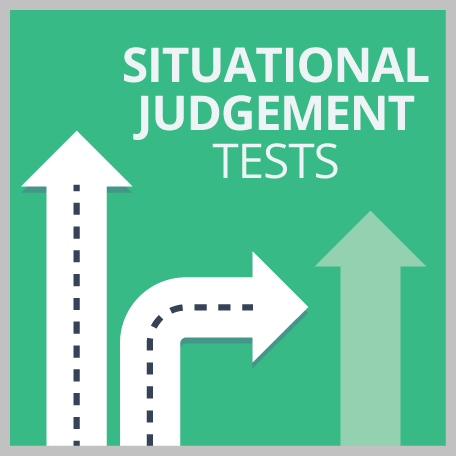 On Aptitude-Tests-Practice.com you can find about 300 situational judgement tests for managers, office personnel, sales and customer support.

Job interviews for pros and laymen

A job interview can be a good way to tell apart different candidates. Experienced HR agents know that there exist a number of traits that can tell if a candidate is a pro or not. And they can notice them easily at an interview. The only disadvantage of job interviews is that they require a lot of time and effort. Situational judgement tests and personality questionnaires are much easier and can be equally precise.

Usually real pros do understand that there are other pros that can be better than them. But laymen think that they are the best and there can be no other professionals better than them. Laymen tend to criticize others and think that they have the only correct opinion. Pros never criticize others at a job interview. On the contrary, pros tend to downgrade their knowledge and competence.

So, what happened to Steven? Has his interview taken place? The day before, we overcame the phase of reactive denial, rejection of his achievements and his level of competence. And in the morning, despite having spent a sleepless night, he was surprisingly cheerful and energetic. The TV people liked the interview. And they want to contact him regularly.

HR agents often see it, when laymen are more confident than real pros. It used to a problem to tell them apart 10-15 years ago. But currently employers use a number or tools to find the best candidates: situational judgement tests, personality tests and questionnaires, imitational exercises and special job interview techniques. If you are an applicant for a job we recommend you practicing situational judgement tools to both improve your knowledge and better understand the requirements of employers.